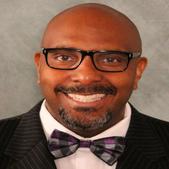 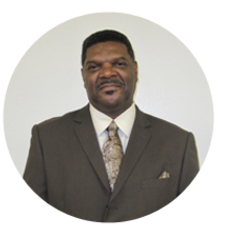 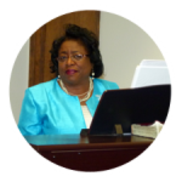 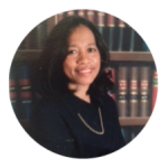 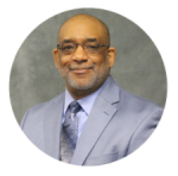 Pastor
Dwight E. Scott was born in El Dorado, Ark., and accepted Christ as his Savior in January 1973 while serving in the U.S. Navy. He surrendered to preach the gospel soon after his salvation.

After leaving the Navy, he enrolled in Baptist Bible College in Springfield, Mo., and completed his bachelor’s and Th.G. degrees in 1979. Pastor Scott earned a Master of Arts in Church Ministry in 2005, followed by a Master of Divinity degree in 2010, also from Baptist Bible College. He is currently writing his dissertation for Doctor of Ministry in Apologetics from Midwestern Baptist Theological Seminary.

After graduating from college in 1979, Pastor Scott served at Thayer Street Baptist Church of Little Rock, Ark., for two years. In 1982, Pastor Scott was moved of the Lord to relocate to Kansas City, Mo., where he founded Banister Road Baptist Church. He has served as pastor of this church for more than 30 years.

While completing his tour of duty in the Navy, he returned to Arkansas in 1974 to marry his best friend, Geneva. Pastor Scott and Geneva are the patents to five sons and grandparents to

15 grandchildren. His favorite pastimes are fishing, hunting, and golfing.

Assistant to the Pastor

Shawn Moore is the assistant Pastor of Bannister Road Baptist Church. Previously Shawn was the pastor of Bible Baptist Church, in Saginaw Michigan for six years and formerly served as the youth pastor for three years. Shawn is the founder of Shawn Moore Ministries and the author of the book: (El Oso No More) Is There Any Hope, The Shawn Moore Story.

In 2003, he earned a bachelor’s degree in Biblical Studies and is currently pursuing his Masters in Christian Ministry. In 2010, he married his best friend Jennifer Moore and together they have three
beautiful children. Shawn loves to bowl, spend time with family and invest in others.

A Kansas City native, Walter Johnson accepted Christ as his Savior in August 1977 while stationed in Hawaii and serving in the U.S. Air Force. After being discharged, he enrolled in Baptist Bible College in Springfield, Mo., where he met Pastor Dwight Scott. In 1983, Brother Johnson returned to Kansas City after receiving his bachelor’s in theology and joined Bannister Road Baptist Church. In 2004, he also earned a master’s in Public Administration from the University of Missouri-Kansas City.

During his membership at BRBC, Brother Johnson has served in several ministries, including Sunday school teacher and superintendent. He also has served as director of music, church trustee and deacon.

Brother Johnson married his high school sweetheart, Sarah, in 1977. They have two daughters, Risa and Lea, and five granddaughters, Aviyon, Imani, Risa, Ruby, and Ava. He also was allowed by Sarah in 2013 to adopt a 120 lb. male bullmastiff, Baron!
​

Geneva Scott was born in Little Rock, Ark. and accepted Christ as her Savior after being witnessed to by a couple of U.S. Navy friends. She is a graduate of Philander Smith College with a bachelor’s in Music Education. After her marriage in 1974 to Dwight E. Scott, she attended Baptist Bible College, where she completed the Concentrated Mission Course for prospective missionaries. Pastor and Sister Scott have five sons and 15 grandchildren.

Sister Scott has worked for the Kansas City School District, Bannister Christian Academy, and Kansas City Baptist College as a music instructor. She currently serves as the director of music ministry and pianist, children’s ministry, and as a Wednesday night Bible club teacher.

Sister Scott enjoys reading, especially Christian fiction and books on family, women issues, and self-development. Her leadership and organizational skills have allowed BRBC to sponsor many workshops and programs for women and children. Her favorite Bible verse is Philippians 4:13

Crestita Shaw was born in Tacloban, Philippines. She was raised a Catholic but came to faith in Jesus Christ in 1974. She attended Carver Bible Institute and was grounded in her faith through completing many Bible courses.

She was an educator for 37 years. She received her Bachelor’s Degree from Tarkio College in Tarkio, Missouri and her Master’s Degree from Webster University in KCMO. She has worked for the Kansas City, Mo School District, Bannister Christian Academy (BCA), and the Charter Schools in Kansas City. She has taught Kindergarten, 1st, 3rd, 4th, and 5th grades.

Sister Shaw became a member of Bannister Road Baptist Church in 1991. Prior to joining the staff as the church secretary, she also served as a nursery worker, a choir member, Sunday School teacher, as well as teaching Kindergarten for BCA.

She has three sons and eight grandchildren. Sister Shaw enjoys any time spent with her family. Her grandchildren are a special blessing and joy.